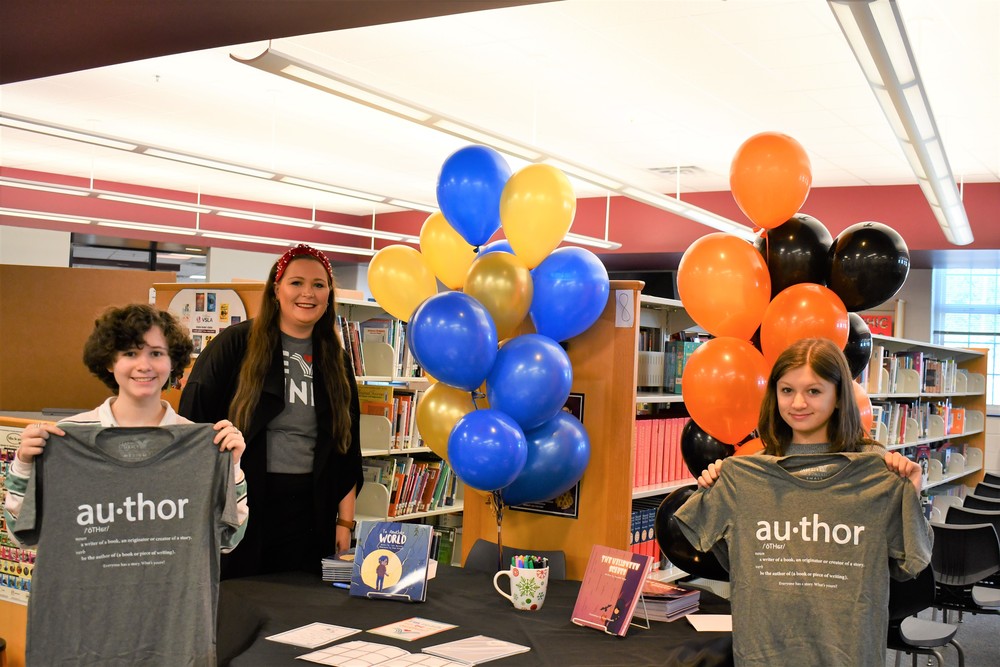 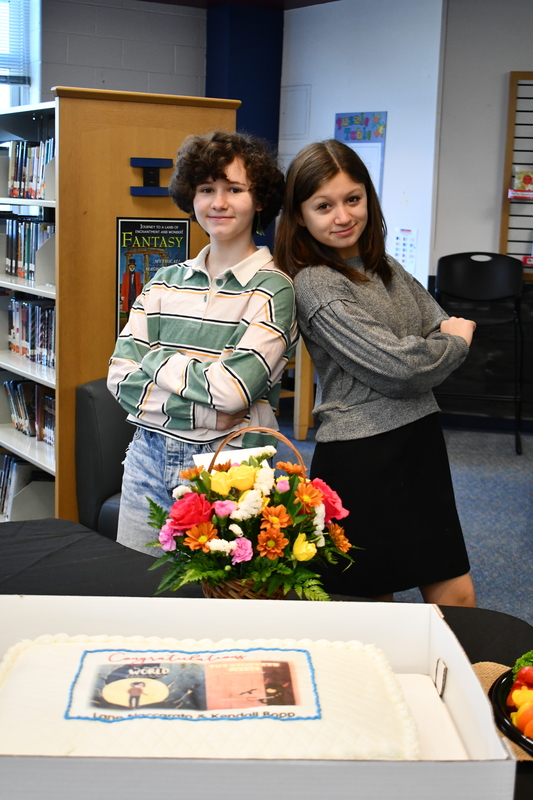 The Floyd T. Binns (FTB) school community had an exciting celebration on December 2, 2022.   The event was a Book Launch Party for seventh grade students and newly published authors Kendall Bopp and Lane Naccarato.   At the party, the young authors held their books for the first time and had the opportunity to officially place their books on the school library shelves.

The Book Launch Party was held in the school library and was attended by the authors’ parents, grandparents, FTB teachers, FTB and Central Office administrators and a School Board member.   The program started with a welcome and introduction from FTB Principal Andrea Kilby.  Then FTB teacher and writing club sponsor Melissa Zehe gave an overview of the club and introduced the authors.  The authors each had an opportunity to share about their books with the audience and read a few pages aloud before putting the books on the library shelf. The celebration concluded with refreshments and a book signing. 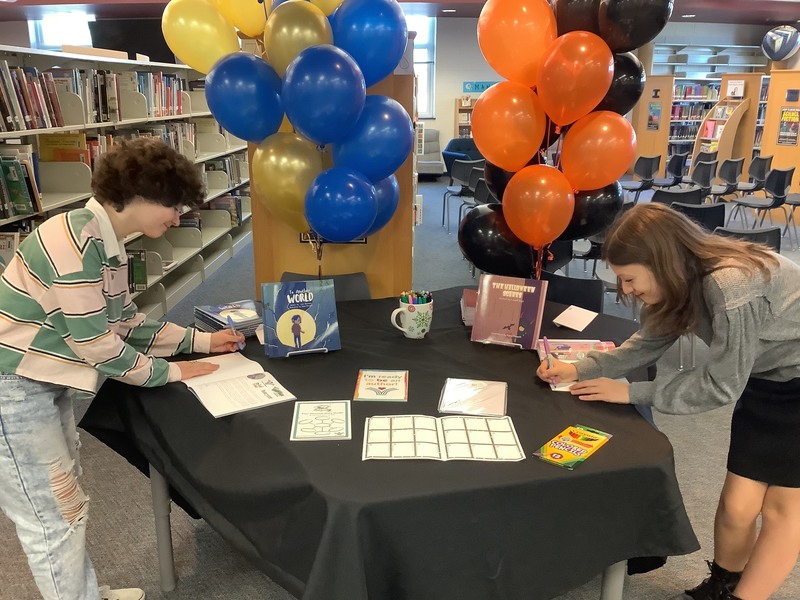 For Bopp and Naccarato, this journey began last year. Along with other FTB students, they participated in an eight week writing program through an organization called Leap for Literacy.  By the end of the program, the student authors had completed books and submitted them to be considered for professional illustration and publication. Bopp and Naccarato were among five students from across the nation whose books were selected. Once chosen, Leap for Literacy matched the FTB authors with a professional illustrator and their books came to life.

Lane’s book is called To Another World.   At the celebration, she told the audience that she always wanted to be an author. “My book was inspired by a dream I had,” she said.  Lane said that she was pleased with the illustrations and specifically liked “how they made the little person in my book.”

Kendall’s book is called The Halloween Scares and she wrote it from her experiences as a child.  At the party, she told the audience, “My book was inspired by a common fear that kids have.”   She also said, “I want kids to know that it is ok to ask for help when you’re afraid.”  Kendall specifically liked the pages that contained illustrations where “the coffee is spilling.”

When asked if the final books were what they expected, Kendall said, “No, but in a good way,” and Lane agreed.  Diana Resendiz illustrated both books.  Resendiz lives in Mexico and is a digital artist who creates illustrations for children’s books.

When asked what advice they would give to other kids their age who wanted to be authors, Lane said, “It’s a good idea and it’s not as hard as you’d think.”  Kendall said that this has been a good opportunity for them and others should try it if they are interested.

Kendall and Lane’s books are available for purchase on Amazon and the authors will receive royalties from each sale. 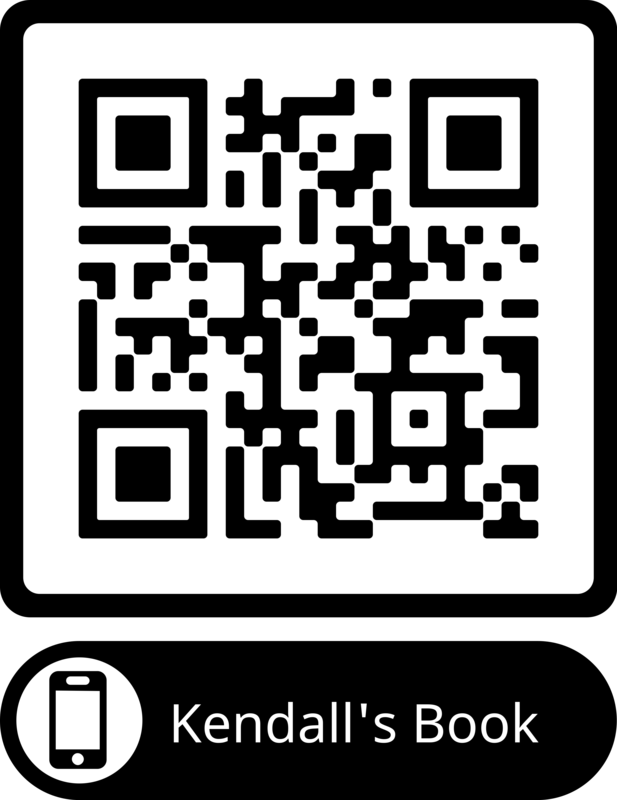 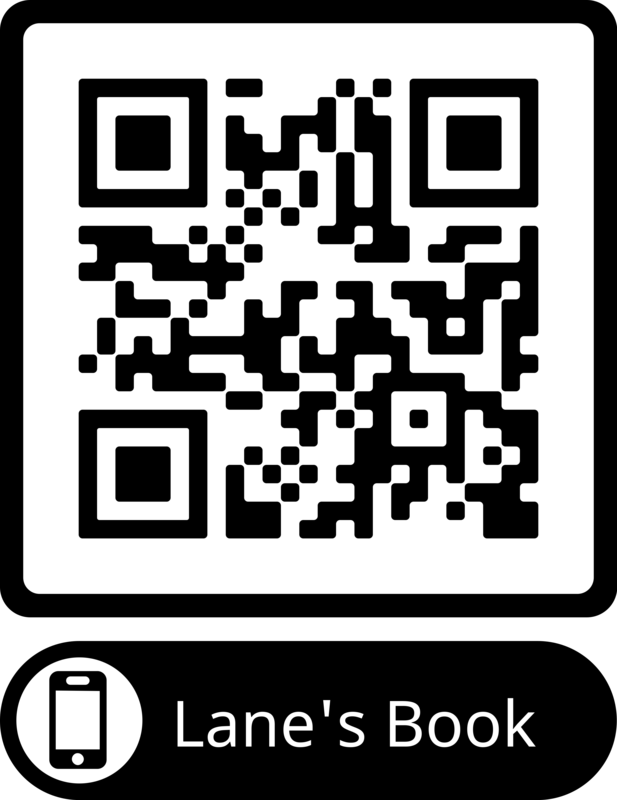 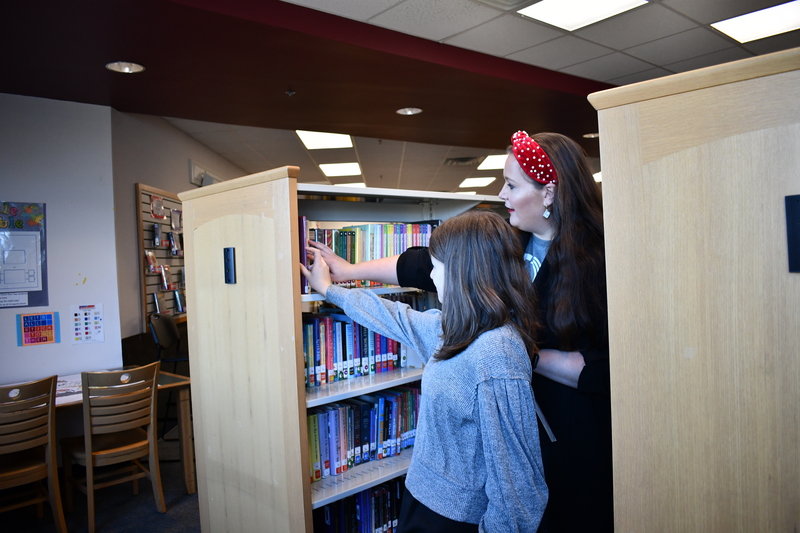 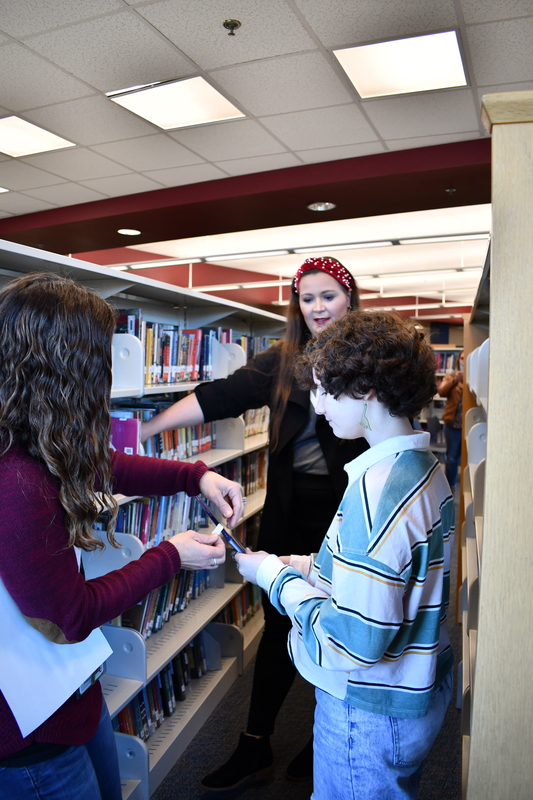